What Google, Amazon, and Microsoft Are Doing to Create The Most Conversational AI 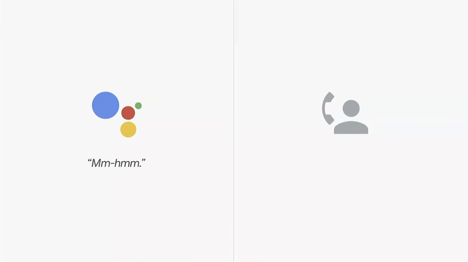 Google caused quite the stir in the AI community at their 2018 I/O Developer Conference when they unveiled Google Duplex. Some call it “an exciting step for Artificial Intelligence”, while others consider it a “terrifying piece of technology.”

Whatever your stance on it, there’s no denying that Google Duplex gives us a sneak peak of what’s in store for conversational AI. Except Google isn't the only company taking strides in this area. Microsoft and Amazon are also stepping on each other’s heels to get their AI in first place.

Here's what they've all been up to lately.

Google Assistant gets a Duplex upgrade

If you’re not quite in the AI loop yet, here’s a summary of what went down at the Google I/O 2018: Google Duplex was revealed as the latest in AI technology that enables Google Assistant to make business calls on your behalf. These calls are currently limited to the realm of scheduling appointments and making reservations, but it’s still groundbreaking tech which has left many with “whoa, I didn't know AI could do that” kind of reactions.

At the conference, the very "human" tech was demonstrated by Google Assistant calling a hair salon to make a hair appointment. A sense of awe fell over the audience as it was almost impossible to tell it was a bot on the line. Google Duplex never got confused (even when the receptionist asked multiple questions at once), it used filler words like “mm-hmm,” “uh,” and, “um.” It was also able to match the receptionist’s voice pattern and pace of conversation. It made the audience gasp in surprise, laugh at the realism, and then go home wondering if this was all maybe a little too convincing.

A day later, Google attempted to reassure everyone by announcing their Assistant would identify itself as AI to the unsuspecting human on the other end of the call.

At their Microsoft Build 2018 developer conference, the tech giant unveiled their own vision for future AI technology. During a demo, Cortana was shown greeting each attendee at a meeting as they sat down. She also transcribed what was said into a Word document and even chimed in with helpful information and important meeting highlights.

While Cortana's conversational abilities weren't as smooth as Google Duplex’s, it’s still a major step for the use of AI in a business setting.  In a press release, Microsoft stated it wants Cortana to be a business-centric voice people can call upon from their smart devices.

Unlike Google and Amazon, Microsoft has decided to step back from race to dominate the mainstream AI market. Instead, it's wisely pushing Cortana as the go-to assistant for business-focused AI.

Amazon is offering the “Alexa Prize” for the best AI technology

Amazon hasn't exactly been twiddling its thumbs while Google and Microsoft battle it out in the conversational AI arena. While Amazon still currently enjoys owning over 70% of the smart speaker market share, it’s also pushing developers to make Alexa the one bot to rule them all.

One such push is the “Alexa Prize”, an Amazon-funded student competition where eight university teams have been tasked with creating the most conversational AI system for Alexa. One of these teams hails from the Brigham Young University, and they’re placing their bets on their own AI system called Emotive Adversarial Ensemble, or EVE.

EVE uses machine learning to interpret and express emotion, which may be just the thing Alexa needs.

At VOICE, we're excited to welcome the Brigham team and countless more innovators in the Alexa skill space. Join us at VOICE and discover what's happening in conversational AI and what you can expect to see in the near future. See you there.