Cortana's 'Conversational AI' Gives It A New Edge for Businesses 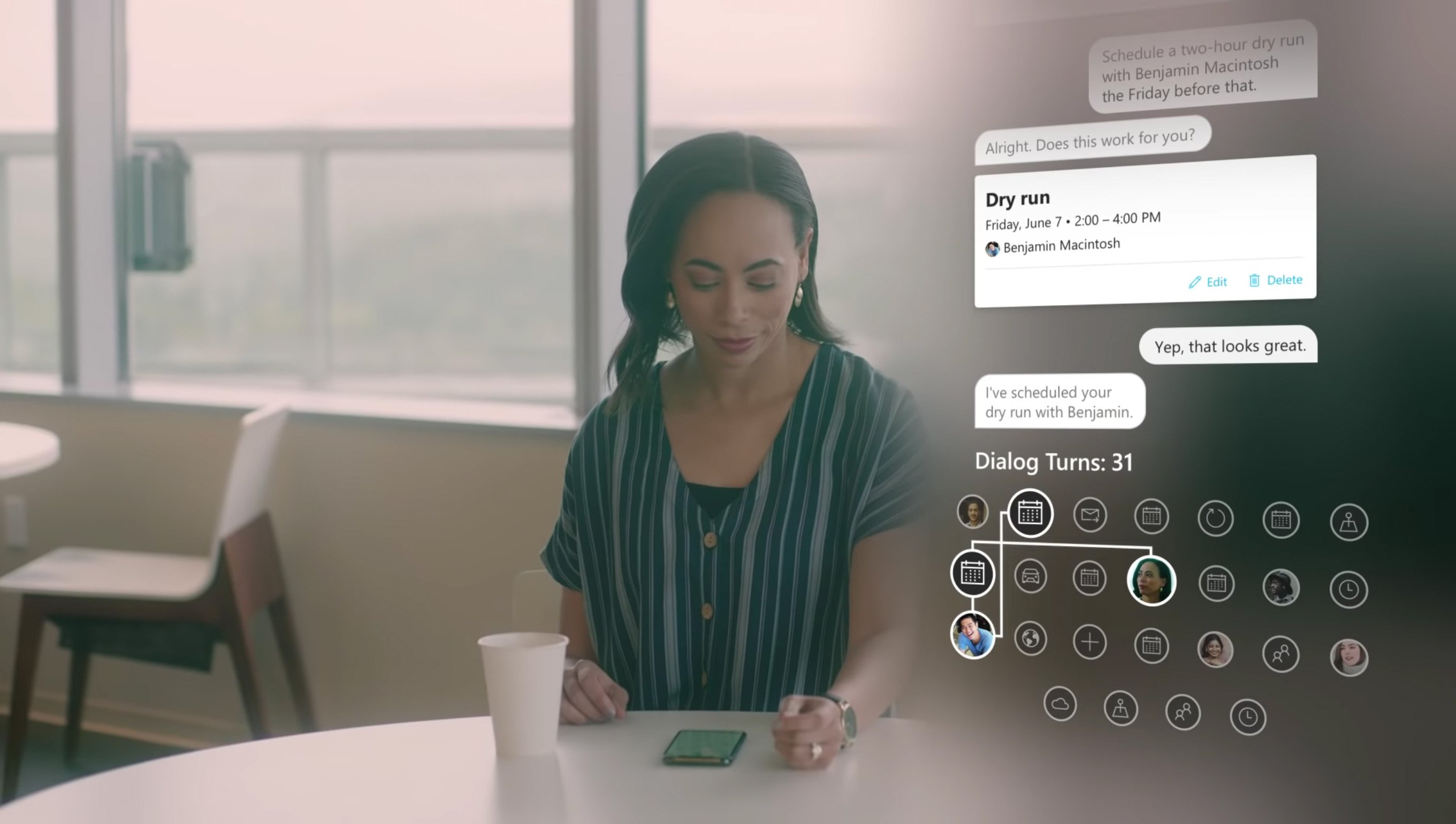 Microsoft's Cortana hasn't had the best time in the virtual assistant arena, but after the Build Developer Conference 2019, it looks like Cortana may just outrun the others—particularly for business use.

A breakthrough in conversational tech

Microsoft has been planning this exciting development for quite some time. Back in May 2018 the tech giant acquired Semantic Machines, a conversational AI company. Since then, Microsoft has been working closely with the brightest brains to develop an engine that will fuel a much smarter, more human-like Cortana.

By integrating the conversational engine into Cortana, the idea is that she'll transform from a basic bot with canned responses to an "intelligent agent" that understands context and gives realistic answers.

So instead of shouting a structured command across the room, you can chat with Cortana as you would with a friend. You can change subjects, freely use fillers like "umm," and trust she'll remember past conversations so you don't have to keep repeating yourself. (It's like having a smart friend that actually listens.)

Here's the really cool part: the powerful new conversational engine will be available for developers so they can build their own virtual agents. (More on that later.)

The focus for Cortana seems to be on the workplace. Microsoft envisions each company having their own "intelligent agent," in the same way each has their own website or app. Furthermore, Microsoft wants Cortana to seamlessly interoperate with other virtual assistants within a company.

The Conversational AI demo at Build 2019 showcased its business value by showing a video of a professional woman walking through an office-building holding her phone. She casually chats with Cortana to reshuffle her schedule to squeeze in a meeting, add things to her calendar, ask whether a specific cafe had outdoor seating, and much more.

Each request flows as smoothly as the last since Cortana was able to stitch together relevant info—like giving the weather forecast for the cafe's location rather than asking for one.

With Cortana's upcoming ability to process dynamic conversation, we can expect future interactions with her to be much more fluid, natural, and productive. Sounds like the perfect addition for any busy business.

A treat for bot developers

The Microsoft announcement at Build 2019 ended on the exciting note that developers will be able to leverage the new engine via the Bot Framework to power their own conversational experiences.

Generally, to make sure their bot triggers the right response for each context, developers have to manually write a skill for every thinkable outcome. With Microsoft's conversational technology, developers can leverage machine learning to help their conversational interface decide the right action for each context. For example, instead of the assistant executing a written "weather skill" to check for the inevitable rain in England, it will gradually learn how to fetch the weather in England itself.

This remarkable ability will enable conversational interfaces to carry out an infinite number of scenarios—not just the ones that developers have written skills for.

Dan Roth, corporate VP at Microsoft and former CEO of Semantic Machines, is understandably thrilled by this potential and painted a motivating picture for everyone in tech by saying,

“We can collectively move, on the basis of this technology, past this notion of skills and silos and simple handwritten programs into the kind of fluid Star Trek-like natural language interfaces we all want.”

You can learn more about Microsoft's ventures into conversational AI at the upcoming Summit, where they'll be featured as a Platinum sponsor and a keynote speaker (we're very excited to have them). Microsoft is yet another fascinating addition to our line-up of 175 speakers and is brimming with value for our 5000+ attendees.

From July 22-25, it's going to be a wild four days of expos, panels, workshops, and an exclusive Voice Hackathon. It's the largest voice tech event of the year and truly an I-should-go-at-least-once kind of thing. Don't make future-you kick yourself in regret and get your full-access pass here!