Voice Biometrics in Banking, Call Centers and Even Catching Criminals 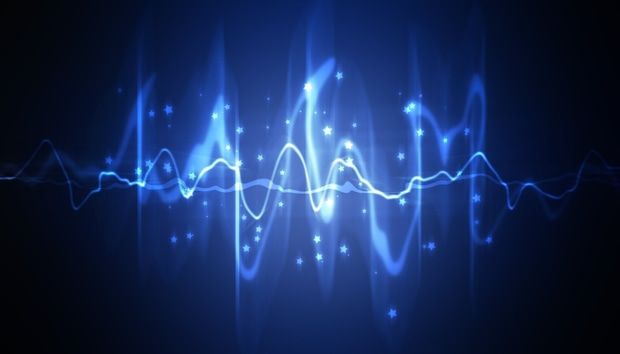 Would you replace your PIN or password with your voice?

From governments to healthcare, organizations worldwide are adopting voice technology as a secure method for ID verification. Although with all the hubbub over security breaches involving voice-based devices, you’re probably  questioning if this is really a good idea.

To help you feel comfortably informed on the subject, here's a quick rundown on how it works, why we need it, and just how safe it really is.

Using your voice as your ID

Your voice is just as unique as your fingerprint. Everyone has a specific tone, pitch, and timbre which also helps other people recognize whether it’s you answering the phone or not. Granted, sometimes your aunt confuses you with your sibling, but voice technology uses personal voice patterns and hard-to-disguise vocal traits to differentiate one voice from another.

But what’s wrong with using regular PINs, passwords, and security questions to verify your ID? A lot, actually. Aside from being hard to keep track of, they’re just a bunch of numbers and letters that anyone can get a hold of. According to the Verizon 2018 data Breach Investigations report, around 56% of frauds involved stolen credentials.

This inconvenient (and not so safe) security method has led to the emergence of voice biometric technology, offered by companies like Nuance. In fact, the year 2017 marked a turning point in global acceptance of biometric technologies across industries including mobile, airports, healthcare, and corporate settings.

Where voice biometrics are being used

Finance is the number one industry for voice biometrics. Large banks like HSBC, Barclays, Wells Fargo, Tangerine, and Santander have all adopted voice recognition to speed up the ID verification process at their call centers.

In Barclay’s case, being able to authenticate the caller’s identity with the phrase “My voice is my password” has cut verification time by about 20 seconds. In a subsequent poll, 93% of customers endorsed the new voice-first security system for its speed and ease of use. Now that’s what we call an upgrade.

Government and law enforcement are also big fans of voice technology since it has been particularly helpful in identifying 911 callers, call center frauds, and even terrorists. Case in point: the Spanish Civil Guard used Agnitio Voice ID technology (a sub of Nuance) to identify one of the authors of Madrid’s Barajas airport bombing attack in 2006.

Even social benefits programs are getting in on voice biometrics. The South Africa Social Security Agency (SASSA) has been using voice identification to weed out the fraudsters trying to register twice for extra benefits. They’ve saved more than $200 million by removing 650,000 from the register.

As you can imagine, voice alone isn’t a total security guarantee. The American Banker reports that data scientists at Pindrop found voice recognition to fall short as people’s voices can change within two years. Turns out that our muscles, well, droop with age and this affects the pitch and volume of our voice.

Security expert Prof Alan Woodward, from the University of Surrey, said it was dangerous to rely on one biological characteristic to authenticate someone. He concludes, “Biometrics, just like other aspects of security, will always have to evolve as measures emerge to threaten them.”

While voice biometrics are clearly far from perfect, we can expect the trend to keep creeping forward. Soon enough we’ll be able to unlock our front doors with our voice, or ask our TVs for movie options and have it show a different selection than if your spouse had asked. The possibilities are endless (and exciting)!

Nuance Communications, being the leader in voice and language technology, will be doing rounds at VOICE if you’re curious to learn more about the future of voice in security. If you stick around, you’ll also learn every other way voice technology is being implemented across countless industries. It’s all very fascinating stuff.

Get your full-access pass here and then go ahead and show it off on our Twitter. We promise to give you a shout.