In case you missed it, check out Google Assistant Developer Day, aired on October 8th!

We announced new features and tools and showcase highlights and use cases from our partners.

2:30-2:45 PM EDT
Enhancing the Discovery of your Actions on Google Assistant

Lorem Ipsum is simply dummy text of the printing and typesetting industry. Lorem Ipsum has been the industry's standard dummy text ever since the 1500s, when an unknown printer took a galley of type and scrambled it to make a type specimen book. It has survived not only five centuries, but also the leap into electronic typesetting, remaining essentially unchanged. It was popularised in the 1960s with the release of Letraset sheets containing Lorem Ipsum passages, and more recently with desktop publishing software like Aldus PageMaker including versions of Lorem Ipsum.

Karen Kaushansky is a Senior Conversation Designer at Google and a long time veteran of the voice industry. She has spent 25 years designing experiences that are shaping our interactions with the world. Karen's work spans designing conversational interfaces, enterprise chatbots, smart clothing, natural interactions in mixed reality, and experiences for passengers and pedestrians with autonomous vehicles. She worked for Nuance, Tellme/Microsoft, Jawbone and Zoox and has consulted for companies pushing technology boundaries such as Magic Leap and LEGO. After many years in San Francisco, Karen recently relocated to Basel, Switzerland.

Jon Bloom is a Senior Conversation Designer for Google, focusing on the Google Assistant. Jon was previously the UX Research Lead for Jibo, Inc., creators of the social robot of the same name. Jon was also Senior Voice User Interface Manager for Nuance Communications, where he sat on Nuance’s Innovation Steering Committee. Over his 20-year career, Jon has designed graphic, speech, and multimodal user interfaces for robots, IVR’s, dictation software, cars, and mobile applications. Jon holds a Ph.D. in Cognitive Psychology from the New School for Social Research.

Wally helps Google’s partners to develop and maintain best practices of conversation design. Previously as Google’s Senior Persona Designer he helped bring the character of The Google Assistant to life. Prior to coming to Google, he designed persona driven, speech recognition systems for enterprises and governments from Allstate Insurance and British Airways to eBay and The U.S. Navy. Wally studied electronic music composition at The New School for Social Research.

Enhancing the Discovery of Your Actions on Google Assistant 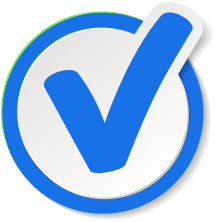 Whether you're a first-timer or an advanced skill developer, we want to connect with you and be a part of your journey. Feel free to submit any questions or comments you have.

What is Google Assistant?

Google Assistant is built to keep your information private, safe and secure.

When you use Google Assistant, you trust us with your data and it's our responsibility to protect and respect it. Privacy is personal. That’s why we build simple privacy controls to help you choose what’s right for you. Explore this page to learn more about how Google Assistant works, your built-in privacy controls, answers to common questions, and more.